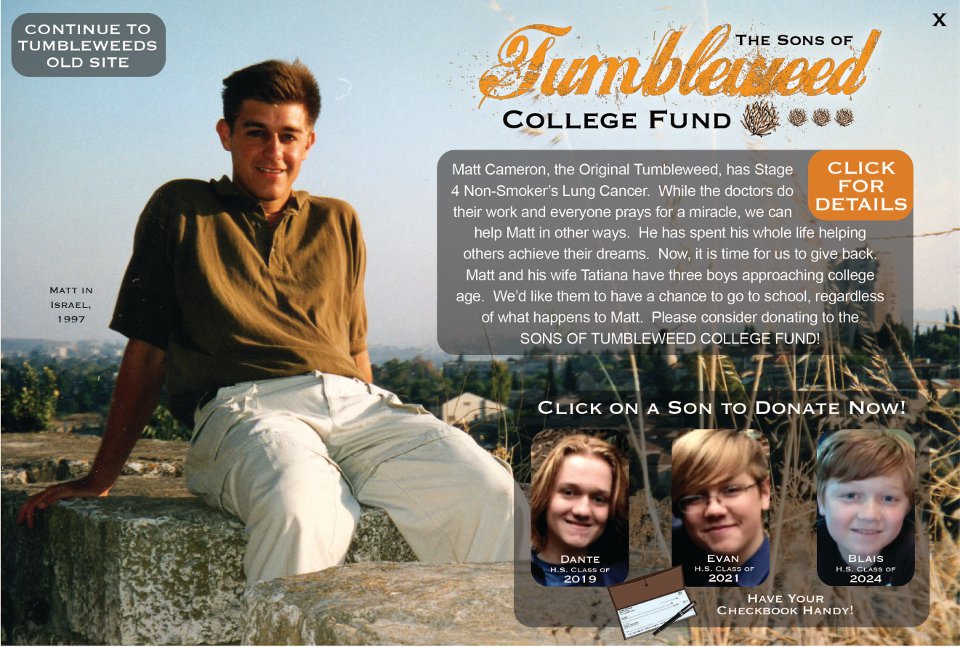 The Adventure(s) of a Lifetime

To emerge from the dust of public transport in which our crusade, as it were, will be enwrapped, and to soar up to the primary law which governs our destiny, to contemplate from that eminence the history of the Old Testament, and the birth of the New.  To view with eagle's eye the catastrophes of falling realms, the ebb and flow of peoples who come and go, and to regard them as mere incidents in the general view of the universe; to discover the general causes of those great upheavals which coincide with the course of humanity across the centuries and which stand out from afar as steps marked in the kingdom of time...

This is what one calls the philosophy of the TUMBLEWEEDS.

Picture, if you will, a small Catholic college, nestled in the nooks of the Shenandoah Mountains - an establishment which prides itself on sending upstanding graduates into the world as productive members of society.  Now picture seven of these graduates planning, instead, to fritter away their little available resources on a succession of  6-week-long trips to various world destinations.