Matthew Shane Cameron, originally from Kokomo, Indiana, was the first to accept Chris' traveling challenge.  His CB call name, Tumbleweed, became the group name at the outset of the first trip.  Matt not only made all three journeys, but extended his stay after T3 in order to see Eastern Europe.

Matt (aka Cassanova) studied Politcal Science and Economics at Christendom.  He has worked as office and sales manager for a construction company in Virginia since his 1993 graduation.  Ever the adventurer, Matt recently sold all his belongings, quit his job, and became the producer for Chris' thesis film.  Just as they melded their travel aspirations, Chris and Matt, now share the dream of Hollywood glory. 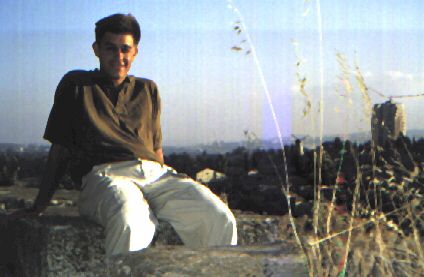 Back to The Tumbleweeds Homepage